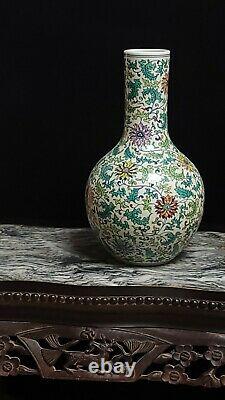 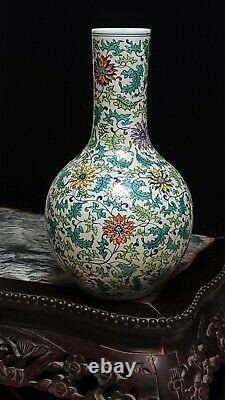 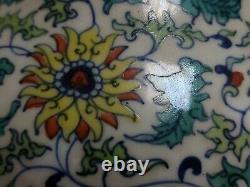 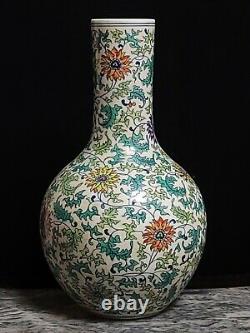 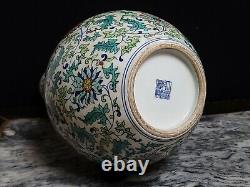 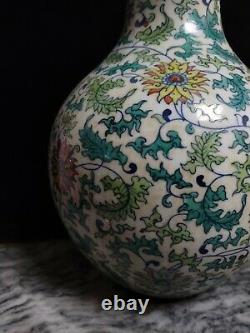 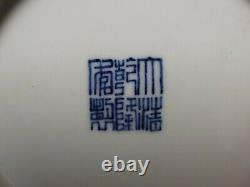 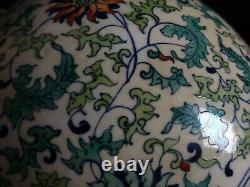 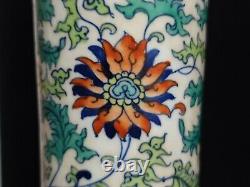 Fine Chinese DOUCAI Porcelain Vasen. Mouth diameter: 2 7/8 inches. Wade-Giles: tou-ts'ai is a technique in painted Chinese porcelain, where parts of the design, and some outlines of the rest, are painted in underglaze blue, and the piece is then glazed and fired. The rest of the design is then added in overglaze enamels of different colours and the piece fired again at a lower temperature of about 850°C to 900°C. The style began in the 15th century under the Ming dynasty in the imperial factories at Jingdezhen, and its finest products come from a few years in the reign of the Chenghua Emperor, mostly small pieces like the famous Chicken cups.

The style was discontinued after a few decades, as a suitable overglaze blue was developed, but later revived under the Qing dynasty. It is not to be confused with the wucai style, which was a related early technique for polychrome painting.

Doucai can be translated as "contrasted colours", "fitted colours", "colours which fit together" or "dove-tailed colours". The technique was driven by the restrictions of the materials available at the time. The Chinese had developed high-fired porcelain, and found two colours that produced good results when painted under the glaze, even when fired at the high temperatures. Blue and white porcelain was being produced in enormous quantities and was well understood. There was also a less reliable red, derived from copper. But the other colours known to the Chinese turned black or brown at the temperatures required for porcelain; indeed a number of surviving examples have discoloured enamels but unaffected bodies and underglaze colour, after being caught in one of the many fires in Chinese palaces.

Furthermore, the cobalt blue used for blue and white discoloured if used over the glaze, even at lower temperatures. The Jindezhen potters eventually arrived at th.

This item is in the category "Antiques\Asian Antiques\China\Vases".collection" and is located in this country: US.